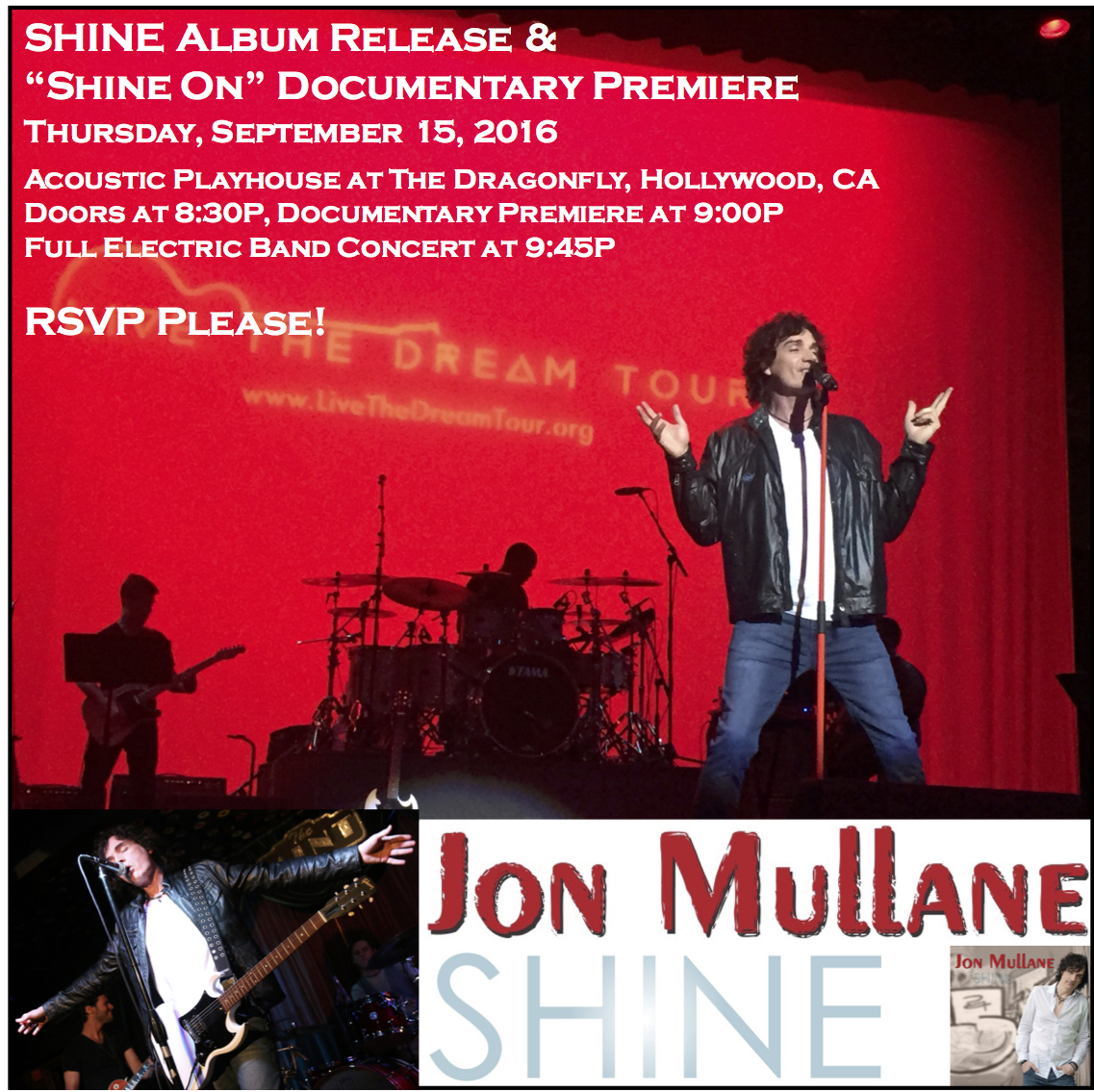 A concert and a chance to appear in a documentary!

Jon Mullane is releasing his album, SHINE, to digital and CD on Friday, September 16. To mark this event and the release of the 30-minute version of “Jon Mullane – Shine On”, a documentary about his life and music career, we are hosting a party the night before the release at the Acoustic Playhouse at The Dragonfly, 6508 Santa Monica Blvd in Hollywood, CA.

There will be a videographer documenting the premiere and the footage from the party will be incorporated into the longer version of the documentary. So you will be watching a movie, while appearing in a movie! This event is free, we just need you to RSVP to <ahref=”mailto:ann@acrmanagement.com”>ann@acrmanagement.com or by clicking Going on Facebook!
#jonmullane #rock #pop #musicians #concerts #documentaries